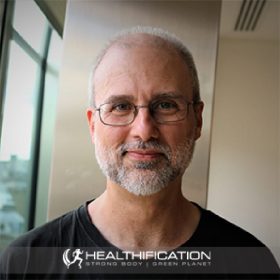 Jordi Casamitjana is an author, zoologist (specialising in animal behaviour) and animal rights activist. He was at the centre of a landmark trial that helped make ethical veganism a protected class in the U.K. In January (2020) the Norwich Tribunal Centre judge made a groundbreaking ruling which said ethical veganism was a philosophical belief, and therefore a protected characteristic under the Equality Act 2010.

If this case is new to you, you’ll be surprised to learn Jordi’s employer, the one who dismissed him because of his ethical veganism was an animal welfare charity. This really is a fascinating story shared by an incredibly passionate animal protector.

The amazing win led Jordi to write, Ethical Vegan a personal and political journey to change the world where he shares 3 stories.

This was such a fun chat – I’m excited to share it with you.

And, that’s where the tech gremlins from Sydney to London jumped in! Gosh I’m so grateful we got to the end of the chat as WOW, it was a true pleasure.

I loved hearing Jordi talk about the era of vegan rights. Not just changing our habits also changing the laws as we progress towards a vegan world.

Ethical Vegan is a book for all vegans however also I hope it gets into the hands of many pre-vegans because it firmly and beyond dispute gives a thorough understanding of just what a huge commitment the ethical vegan makes to live aligned with their values. We didn’t touch on it in this chat however there’s also comprehensive coverage of the many – the near limitless reasons – Why we should be ethical vegans.

To purchase the book or to connect with Jordi I have you linked up below.

Purchase Jordi’s book Ethical Vegan: a personal and political journey to change the world from in any book store

If you liked “Jordi Casamitjana and Ethical Vegan a Personal and Political Journey To Change The World.” you’ll also like Dairy Farmer and Hunter turn Vegan For The Animals with Jackie and Gareth from Vegan FTA.

If you liked “Jordi Casamitjana and Ethical Vegan a Personal and Political Journey To Change The World.” you’ll also like E608: Gary Francione, Anna Charlton and Eat Like You Care: An Examination of the Morality of Eating Animals.