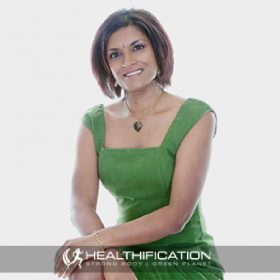 Mitali Deypurkaystha is on a mission to create an army of conscious, ethical thought leaders through publishing, “so our screams to end the exploitation of animals, humans, and the environment will become too loud to be ignored.”

I LOVE the sound of that!

Mitali, is ‘The Authority Creator’ for vegan/plant-based, ethical, sustainable, B Corp, cruelty-free, green, eco-conscious and social experts, influencers and entrepreneurs, intent on helping them put their mission, movement and message on the map.

Mitali’s intention deeply resonates with me.

I’ve been lucky enough to interview and observe 100’s of vegan activists and entrepreneurs. Individuals whose passion, compassion and relentless focus are hugely impressive… and yet, I feel as a movement we too often suffer from an almost visceral aversion to making money.

When success, wealth and at the very least financial security let alone freedom can allow us to be so much more powerful, effective and influential for the animals.

It’s why I perhaps controversially support the plant based start up’s that take funding from companies that also sell products of cruelty. I couldn’t personally do it however I appreciate that the bigger the game each of us can play the greater – and FASTER – the impact as a movement we have.

The animals and the planet don’t have time for us to be perfectly, painstakingly slow.

Back to Mitali. She is a keynote speaker, owner of The Vegan Publisher a book consultancy, and the 100% vegan-owned Let’s Tell Your Story Publishing imprint.

She’s also the author of the bestseller, The Freedom Master Plan, which details how her clients leveraged their books to amplify their voices and build unshakable authority. Vegan since 2012, Mitali has recently relaunched The Freedom Master Plan to focus on Vegan and Ethical Experts, Influencers and Entrepreneurs.

Alright, let’s discuss Changing The World For Animals, One Book At A Time with The Authority Creator Vegan Publisher Mitali Deypurkaystha.

If like me you want to live in a world where veganism is mainstream and you want to amplify your voice and message to help us get there, then Mitali has an abundance of strategies to support you in doing just that by writing and most importantly leveraging your book.

It might not be easy however Mitali’s assures us it’s absolutely easier than you imagine.

To connect with Mitali and purchase The Freedom Master Plan I have you linked up in the show notes below.

Connect with Mitali via https://www.theveganpublisher.com/

If you liked “Changing The World For Animals, One Book At A Time with The Authority Creator Vegan Publisher Mitali Deypurkaystha.” you’ll also like E604: Journalist and Media Coach Katrina Fox Chats Mainstream Media Spin On Animals Rights Actions And Activists.

If you liked “Changing The World For Animals, One Book At A Time with The Authority Creator Vegan Publisher Mitali Deypurkaystha.” you’ll also like Look Good, Feel Good and Do Good by Becoming a Fabulous Vegan with Jasmin Singer.

If you liked “Changing The World For Animals, One Book At A Time with The Authority Creator Vegan Publisher Mitali Deypurkaystha.” you’ll also like Jane Velez-Mitchell is Jane UnChained and Speaking Up For The Voiceless.