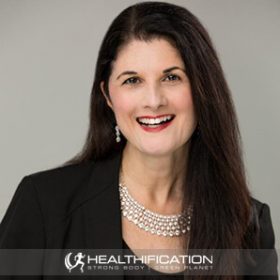 I was happy to discover the work of Journalist and Media Coach Katrina Fox via a great video she filmed in response to the Dominion anniversary animal rights actions across Australia earlier this year.

Katrina is a powerful, articulate voice for the animals and today I’m excited to learn how to more effectively handle mainstream media spin on animals rights actions and activists. I find it so incredibly frustrating to see blatant lies perpetuated in the media and believed by friends, family and clients I love and respect.

Surely there’s more we can do as animal rights activists to have our messages broadcast truthfully? The pessimist in me knows financial interests pull the strings of big business and big media. However, the optimist at heart knows we can always be improving and importantly believes that most people are good and compassionate at heart.

To cut in with a tad of official bio: Katrina Fox is an award-winning journalist, author, PR consultant, media trainer, founder of VeganBusinessMedia.com, host of Vegan Business Talk podcast and author of Vegan Ventures: Start and Grow an Ethical Business, the first global book providing success strategies for aspiring and existing vegan business owners and entrepreneurs.

In her 20’s she was also chased by riot police during an action to close down a farm that bred kittens for vivisection. I want to know more about that too! Let’s chat Mainstream Media Spin On Animals Rights Actions And Activists with Journalist and Media Coach Katrina Fox.

I’m back on my own and gosh what a powerhouse right? That chat really was an absolute joy.

So much goodness and implementable advice from Katrina. One of my biggest takeaways was the need to both create our own positive media and also the necessity to appeal to mainstream media by playing their game by their rules irrespective of whether we believe that’s the way it should be.

At the heart of it, every animal rights activist I’ve ever met wants to create a more compassionate, sustainable, loving world.

If mainstream media are hell bent on hunting down and magnifying conflict then I guess we just need to get better at conveying the message that vegans and animal rights activists are not against farmers, restaurant owners and the like. We’re against the current systems that perpetuate animal agriculture and keep it’s inherent cruelty and un-sustainability hidden from consumers.

Katrina’s chat was a timely reminder that the information you and i share on social media also has such potential value so far as exposing our non-vegan loved ones to alternate points of view to the biased media they might consume. Having said that, I recognize that overly graphic or preachy information would itself seem biased. It’s a fine line right? Daily I remind myself to extend my compassion not just to the animals needlessly suffering at human hands, also to those humans and also to myself.

Regularly I hear from people who’ve been impacted by something I’ve shared on social – from a friend, client or family member who I thought “might not have cared” because they up until now they’ve kept quiet. Perhaps they’ll continue to consume animals and perhaps they won’t like share or comment on my posts. However it’s still a little vegan seed planted and it still counts.

I guess that’s my parting message for today: Everything YOU do counts. As I shared at the top of the show, the eternal optimist in me believes that most people are good and compassionate at heart.

Some people might move more slowly towards embracing a vegan world however as vegans or as animals rights activists if we lead with hope, positivity and compassion AND if we learn from professionals such as the ever articulate, Katrina Fox hopefully we can work together with our fellow humans to create a more compassionate, sustainable, loving world and to get there more swiftly and with less conflict and frustration.

It sounds idealistic, however well, that’s me. It’s a happier way to live.

Connect with Katrina online via: