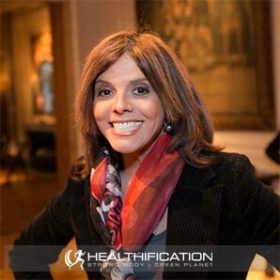 Friends, we’re in for a fun and high energy roller-coaster ride today with

a multi-platform social media news outlet that produces original video content focused on animals rights and the vegan lifestyle including much plant based deliciousness.

As you will soon hear, Jane is relentlessly passionate and uncompromising in her commitment to speaking up for the voiceless bringing the world crucial and urgent information about the crimes perpetrated on animals and the environment that are sadly ignored by advertiser-based mainstream media.

For a little official bio: TV journalist and bestselling author Jane Velez-Mitchell has won four Genesis Awards from the Humane Society of the United States for her reporting on animal issues. VegNews named Velez-Mitchell Media Maven of the Year in 2010. In 2013, Mercy for Animals awarded her their Compassionate Leadership Award. In 2014, she was honored for fighting animal abuse by the Animal Legal Defense Fund. In 2015, she received the Nanci Alexander Award at PETA’s 35th anniversary.

For six years she hosted her own show on CNN Headline News, where she ran a weekly segment on animal issues. Previously, Velez-Mitchell reported for the nationally syndicated Warner Brothers/Telepictures show Celebrity Justice, where she did numerous stories on animal issues championed by celebrities.

Ok, we have a lot to cover and so many valuable learnings – please enjoy this chat with Jane UnChained…

I hope you loved that chat as much as I did.

Jane utterly walks the talk with her “just make it happen” attitude… which has certainly helped her build an impressive and effective online presence committed to creating a compassionate, sustainable vegan world.

Some of the takeaways I loved:

If you don’t ask you don’t get. Jane ran a weekly segment on animal issues on CNN. Note to self: Ask!

When you’re always there doing it eventually you’re going to hit a home run. So again vegans, Go Live and Get Active! It doesn’t matter if unlike Jane we’ve never met a camera that loved us (!) our live stream need not be self facing!

Militant meat eaters! Stop worrying about them and go for the low hanging fruit.

Enlist community support in your huge vision. Jane UnChained has contributors all around the world and also anchors who do their own Facebook live shows which meant the show could power on during Covid-19 despite less face to face actions / bearing witness.

To connect with Jane UnChained I have you all linked up below. Especially if you’d like to the opportunity to cook on Lunch Break Live. I’m doing it on Monday the 2nd August LA time which is 5.30am Tuesday EST so if you’re up for it please come hang Live with me at stupid o’clock for my Aussie and Kiwi friends.

Connect with Jane via the main site: https://janeunchained.com for ALL the vegan news PLUS 1,000’a of printable vegan recipes.

That’s it for this week in Healthification. Big thanks to YOU for sharing this week with me. You rock and I appreciate your support! If you’re yet to subscribe to this podcast please do – it’s actually impactful so far as helping others find the show AND it means you’ll know when a new show drops… coming up, the brilliant Gastroenterologist Dr Alan Desmond and some fierce and fearless female Aussie activists. I’ll leave it there and keep you wondering!

If you liked “Jane Velez-Mitchell is Jane UnChained and Speaking Up For The Voiceless.” you’ll also like Kathy Freston and 72 Reasons To Be Vegan: Why Plant-based Why Now.

If you liked “Jane Velez-Mitchell is Jane UnChained and Speaking Up For The Voiceless.” you’ll also like Dr Sailesh Rao, Healing The Earth’s Climate and Creating A Vegan World 2026.

If you liked “Jane Velez-Mitchell is Jane UnChained and Speaking Up For The Voiceless.” you’ll also like 638: PETA’s Ingrid Newkirk | Animals Are Not Ours To Experiment On, Eat, Wear, Use For Entertainment or Abuse In Any Other Way.

If you liked “Jane Velez-Mitchell is Jane UnChained and Speaking Up For The Voiceless.” you’ll also like Dr. Will Tuttle and The World Peace Diet.