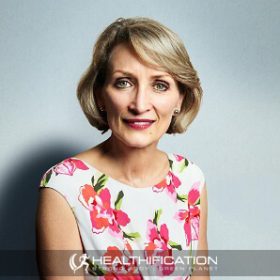 Today I’m excited to share with you my chat with Vegan Psychologist, author and animal activist Clare Mann.

Clare is a genuinely exquisite communicator. I learnt so much from our chat. Particularly regarding negotiating relationships with loved ones who are not vegan and how to navigate the line between either biting my tongue completely or blurting out the truth which is then interpreted as judgemental / preachy. Clare shares her guidelines that help you decide when to talk about animal exploitation and when to let it go.

Hint: neither biting your tongue nor blurting out brutal truths are effective!! I knew that however now I know what to do instead!

Clare Mann is an Australian-based psychologist, existential psycho-therapist, best-selling author, speaker, and communications trainer. She consults with people worldwide to help address the personal and social challenges of being vegan and living in a non-vegan world.

Before we get rolling with the interview I’d like to recommend Clare’s most recent book Vystopia: the anguish of being vegan in a non-vegan world. You’ll find it at vystopia.com.

Listen to the Interview with Vegan Psychologist and author of ‘Vystopia’ Clare Mann here:

The particular catalyst or moment when Clare knew she needed to be Vegan.

What Clare would tell her 16 Year Old Self now.

What Clare does when she feels overwhelmed by all the animal exploitation in our world / her self care practice.

Clare’s latest book “Vystopia: the anguish of being vegan in a non-vegan world.”

Who is someone Clare is yet to meet who inspires her from a distance.

Who is at the top of Clare’s Vegan wish list and WHY.

There’s plenty to get actionable with today however specifically I’d like to second Clare’s Morning Mantra recommendation. I made a start with it this morning and it felt great. So that’s the personal. positive and present tense mantra you say to yourself immediately on waking each day. Till it becomes an unconscious habit. It means you get to start the day as you mean to continue.

Again you can listen to the Interview with Vegan Psychologist and author of ‘Vystopia’ Clare Mann here: