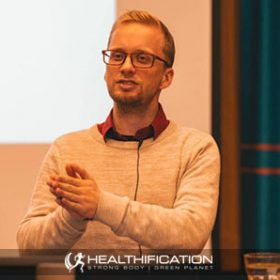 The End of Animal Farming,

uses the effective altruism lens to outline a roadmap to a more ethical, sustainable, and prosperous food system for humans and animals.

This conversation really opened my eyes to a whole other side of animal rights activism. A research based approach with the focus on how can we use our resources to help others the most. Thankfully Jacy is directing his expertise and passion to the “others” we know as farmed animals.

To quote from The End of Animal Farming:

“First, there are over 100 billion farmed animals alive at this moment – more than ten times the number of humans.

Second, over 90 percent (over 99 percent in the US) of these animals live on industrial, large-scale factory farms enduring atrocious cruelty such as intense confinement in tiny cages, brutal mutilation and slaughter methods, and rampant health issues from artificial breeding.

Third, today we have scientific consensus that these are sentient beings; they can feel happiness and suffering.”

In my one on one conversations I regularly remind myself to focus on the conversation / approach that will most likely end in a positive result. That result generally isn’t “creating a new vegan” however hopefully it’s planting a little seed and leaving the other person feeling like it was a positive and worthwhile interaction. I think these one on one conversations conducted calmly and with compassion are still vital. And they keep me sane because I feel like I’m really making a difference!

However as a movement I agree we need to direct more of our focus towards institutional and collective change rather than relentlessly, (and dishearteningly) exhausting ourselves trying to seek out the minority who take their ethics seriously enough to go vegan simply because it’s the right thing to do.

That was slap in the face, epiphany type realisation for me. That generally compassionate and loving individuals I love and respect can cling so stubbornly to cognitive dissonance to protect themselves from an utter misalignment between their “animal loving” values and their “animal eating” behaviour.

I’ll be back at the end of the chat with more thoughts. For now, let’s explore: The End of Animal Farming: How Scientists, Entrepreneurs, and Activists Are Building an Animal-Free Food System with Jacy Reese.

I found some of the statistics Jacy shared in our chat and of course in his book so incredibly heartening.

In Jacy’s research, 75% of people (in the US) think they usually eat meat from animals that are farmed humanely and yet 99% of animals come from factory farms. So it seems the majority of consumers are already onboard with the belief that animals cruelty is wrong. They just need more help to make the change.

It makes sense right? No one wants to be held individually accountable. Guilt and blame are never welcomed yet rather insight defensiveness and backlash. However what if consumers were given the choice to instead support industries that shepherded in the new era of plant-based and cultured / clean meat, dairy, eggs and fish?

To quote the CEO of Tyson Foods (the world’s second largest meat processor) Tom Hayes, “Plant protein is growing faster than animal protein. For us, we want to be where the consumer is.”

Or the (ever more worthy of quoting) business magnate Richard Branson, “I believe that in 30 years or so we will no longer need to kill any animals and that all meat will either be clean or plant-based, taste the same and also be much healthier for everyone.”

You can connect with Jacy via the Sentience Institute and of course certainly check out his book The End Of Animal Farming.

Also, you might be interested in checking out The Farm Transformers. Jacy mentioned this site in our chat. Here is their vision: Creating the largest ecosystem for tasty, healthy, and sustainable food. For everyone. We are at the crossroads of food security, health, sustainability, and animal rights. Addressing hunger, lifestyle diseases, climate change, and the fair treatment of animals simultaneously.

If you’ve enjoyed this show and gotten value out of it I’d love to invite you to go to iTunes or wherever you listen to this podcast and search for Healthification and leave me a review. I’d super appreciate it. It gives me great feedback to keep on powering through the twice weekly shows and helps other people to find Healthification as well.

If you liked “Jacy Reese and The End Of Animal Farming” you’ll also like: Andy Faulkner on Perspective, Purpose and Why Animals Need You The Most.