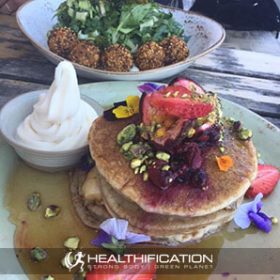 Around 6 months into my vegan journey I dated a non-vegan.

In fact this gent was into body building and ate the very old school, super high animal protein body building diet. It actually wasn’t an issue for either of us then. I prepared delicious high protein, low carb vegan meals for him and he even cooked a seriously impressive vegan meal for me. When we ate out more often than not he would choose a vegan option and when he chose meat, fish or eggs I was cool with it.

However if we were still together it would be an issue for me. In fact now I can’t imagine being in a romantic relationship with a non-vegan.

Having said that, in today’s show I’m discussing:

The Value Of Veganish and Creating Vegan Allies.

For most of us who choose to live a vegan lifestyle there will be many people close to us who continue to eat the flesh and excretions of animals. My recent interview with Dr Melanie Joy has revealed to me that we can allow this to cause us huge pain and frustration. Or we can recognize the value of veganish. To gather (as Dr Joy puts it) “vegan allies.” These are people who may not be vegan however they support us and they support our vegan values.

Perhaps they are experimenting with eating less animal products. Gradually trying simple plant based alternatives like almond milk, coconut yoghurt and black bean burgers? Today I want to focus on how to encourage these vegan allies in their journey and respect the inevitability that they will move at their own pace. Your support will likely hasten that pace while your judgement will likely cause them to dig their heels in.

Whether we’re discussing a partner, family, friends or colleagues here are 4 ways to encourage your vegan allies.

One: Wow them with your cooking and only the best vegan options in restaurants.

Taste really is a hugely motivating factor for most of us. I’ll readily put my hand up and admit that I thought I’d miss out on taste when I first turned vego and later as a vegan. I was so wrong however I didn’t know that until after I’d made the change.

Here are a few tips:

Two: Focus on positive reinforcement over guilt or perfectionism.

This is all about making veganish seem inclusive rather than exclusive. About being the vegan you would have wanted to meet before you were vegan. When you’re focusing on the progress your vegan allies are making you’ll feel less pressure and they’ll be less defensiveness.

Remember, (and I have to keep reminding myself this too!) no one is ever shamed into a decision. Here are a few things that are helping me steer myself away from my natural inclination to explode in frustration at common excuses to justify eating animals:

Three: Take opportunities to share your story / the benefits.

This is not only more effective it’s also less exhausting and more sustainable.

Four: Plant seeds – and water them – rather than rip into the roots of someone’s deeply held beliefs.

Identity beliefs are those beliefs someone believes about themselves and as such will defend passionately. Patience and the truth delivered with compassion and support will allow someone to upgrade / evolve their beliefs around eating animals in their own time for their own reasons.

To get actionable today is there a vegan ally in your life you could encourage more effectively? As a quick recap here are the 4 ways I’m committed to getting better at every single day:

One: Wow them with your cooking and only the best vegan options in restaurants.

Two: Focus on positive reinforcement over guilt or perfectionism.

Three: Take opportunities to share your story / the benefits.

Four: Plant seeds – and water them – rather than rip into the roots of someone’s deeply held beliefs.

That’s it for today in Healthification. Huge thanks to YOU for sharing today with me. I appreciate it with all my heart.

I’ll be back later in the week with the interview format show and Stephanie Feldstein who in her latest book: ‘The Animal Lover’s Guide to Changing the World’ shares how one person truly can make a difference in leading a more animal friendly life.

If you’ve enjoyed this show and gotten value out of it I’d super appreciate it if you pop over to iTunes and leave me a review. It helps other people find Healthification and it really does inspire me to power on with the weekly and sometimes twice weekly episodes.

If you liked “The Value Of Veganish and Creating Vegan Allies” you’ll also like: Your Ideal Veganish Day Starts The Night Before